The sea around Bonaire including Klein Bonaire and Lac Bay is to a depth of 75 meters protected area and belongs to the Bonaire National Marine Park (BNMP). The BNMP was founded in 1979 and was the first marine park in the world.

The total area covers more than 2,700 hectares (27 km2) and also includes the coral reef, sea grass and mangrove forest. The majority of the BNMP is accessible to snorkelers and divers, a small part of the underwater park is forbidden for water recreation. Unfortunately, only 1% of all coral reefs in the world are legally protected. 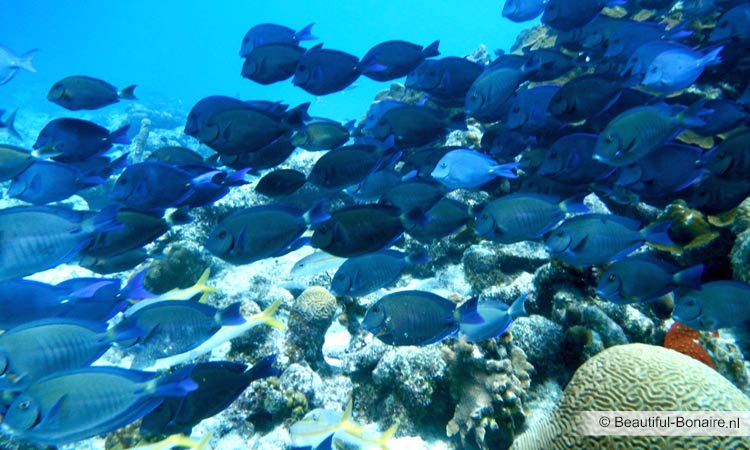 Because hunting on the fish in the Caribbean Sea around Bonaire has been banned for decades, they seem tame. On Bonaire you become a diver in a surrealistic world.

You swim in one large subtropical sea aquarium, where you are surrounded by sea dwellers who no longer see people as dangerous predators, but rather as peace-loving co-inhabitants of the enchanting underwater world.

This also has consequences for the national parks of Bonaire. On 27 September 2012, the Director General of Nature and the Region of the Ministry of Economic Affairs, Agriculture and Innovation (EL & V), Mrs Annemie Burger, officially confirmed the status of national park for the BNMP by handing over a plaque.

The daily management of the BNMP is done by the National Parks Bonaire Foundation (STINAPA Bonaire). This foundation is also responsible for the other National Park on Bonaire; the Washington Slagbaai National Park (WSNP). The mission of STINAPA Bonaire is to protect the natural, cultural and historical heritage of Bonaire for future generations.

There are various dangers that threaten the BNMP such as overfishing, enrichment of seawater with fertilizers, development of the coastal areas, poaching, too much recreation in the water by divers and snorkelers and the spraying of artificial beaches. STINAPA Bonaire is the organization on Bonaire that closely monitors these developments and if necessary adjusts and corrects them.

STINAPA Bonaire not only protects and manages 20% of Bonaire, it also pays a great deal of attention to education and information to both the visitors and the local population of Bonaire. Every year, thousands of Bonairean children take part in the Nature and Environment Education (NME) program of STINAPA Bonaire. 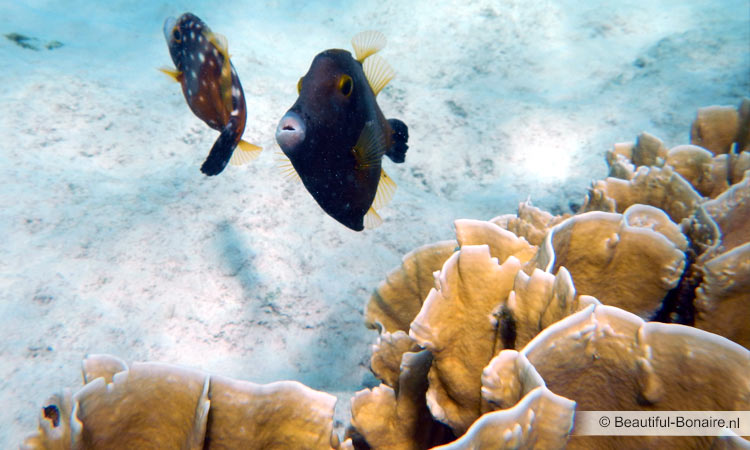 The children then participate in the program 'Turtuganan di Boneiru' (turtles of Bonaire). During this program they get the chance to get acquainted with the underwater world of the Dutch diving island while snorkeling. They will receive a certificate at the end of the program.

Since 2005, some employees (director, managers and head supervisors) of STINAPA Bonaire have the authority to enforce the park rules and, if necessary, to impose fines.

Anyone who wants to have access to the BNMP on Bonaire must purchase an access card. This ticket is called 'Nature Fee'.

The vignette is for sale at diving centers, hotels, various activity providers and at the entrance of Washington Slagbaai National Park.

Sports divers who want to go diving in the BNMP are required to follow an orientation course at the diving organization that offers compressed air. This course consists of a dry part and a wet part. During the dry part, the rules of the BNMP are explained. The wet part consists of a so-called 'check out dive'.

The BNMP is a perfect park to entertain you but there are a number of prohibitions. It is not allowed to spearfishing with harpoons and / or crossbows. It is also forbidden to collect live animals (fish, plants, etcetera) or non-living organisms (dead coral, shells, etcetera) and to take them from the BNMP.

It is also forbidden to touch coral, sponge animals or other live animals or plants. Try to avoid contact with everything that lives under water as much as possible. To add even more strength, it is even forbidden to wear diving gloves in the BNMP. Wreck divers are allowed to wear gloves.

To protect the coral it is forbidden for boats to anchor at any location. On the beaches of the BNMP it is not allowed to make fire (campfires and / or bbq's).

Various sea turtle species live in the BNMP. The females of these beautiful reptiles lay their eggs on the sandy beaches of Bonaire or Klein Bonaire. It is not allowed to disturb these turtle nests. Finally, it is forbidden to kite surf at Lac Bay.