Column: Without bats no Bonaire!

It’s hard to imagine, but if a frail flying mammal of just 50 grams would decide to leave Bonaire, it is done with almost all plants and animals now growing, blooming, fluttering and hopping around on the Caribbean island.

Bats are the only species that pollinate columnar cacti on Bonaire and cacti are very important for the island, forming a so-called "keystone species" in the ecosystem on Bonaire. In other words, this species plays a vital key role in the nature of the Caribbean island.

There are eight different bat species on Bonaire. Unfortunately, of some species there are only about one hundred bats left. You can divide the bat species of Bonaire in three groups: fish eaters, insect eaters and nectar eaters.

Reef fish should look out for danger from the air at night. At dusk, the well-fed fish-eating birds look for a resting place and go to sleep. At the same time the hungry bulldog bats wake up. They take off in groups away from their caves and fly above the reef to cause death and destruction.

The inhabitants of the reef do not have to make the fatal mistake to swim too close to the water surface. The vibrations it causes, are detected by the unique sonar system of the flying mammals. The bulldog bats then dive into the water like kamikaze pilots and unsuspecting reef fish are lifted from the water with razor sharp claws.

But the two bat species that feed on nectar are most essential to the nature of Bonaire. With their long snout and tongue the bats scoop nectar from cactus flowers. This action leaves flower pollen on the head of the bat and by making a visit to a next flower, pollination can take place. This eventually leads to new fructification of the cacti.

Through the centuries, some animals have developed a bad reputation. Wolves, foxes and also bats always play an evil role in many fairy tales and myths. And everything that is told to children, unconsciously stays with them later in their lives. So when I see a bat flying through the sky at dawn, I catch myself thinking of the words ‘rabies’ and ‘blood-drinking vampires’.

This is partly why bats aren’t seen as ‘cuddly’ and that does not work in favor of this species. Everyone is touched by the sight of a just born fluffy seal and gets shocked by seeing the images in which these animals are clubbed for the fur industry. There are ongoing global campaigns to put this senseless slaughter to a halt. But what about the fate of bats? Well.

Of course the bats will not suddenly decide to pack their bags and leave Bonaire to look for a better place to stay. But if we keep on frustrating and steal their natural habitat they will get slightly nervous.

Bats and caves make an inextricably and necessary duo. Firstly, the caves serve as a shelter for the bats, and secondly they serve as a place where young bats are born. Some researchers claim that Bonaire is provided with more than 2000 caves. Accommodation enough for the bats you might think. So what's the problem?

Unfortunately, the bats place high demands on the caves in which they live. The proper temperature and humidity and absolute peace are three essential elements which are needed by the bats. And then the selection of suitable caves on Bonaire is considerably decreased.

Of course the bats are protected on Bonaire, but the caves unfortunately are not. That is, caves are protected until a powerful developer implements his plans. Then a zoning on the Caribbean island can be changed faster than a chameleon changes its color. And then the trouble begins for the flying mammals.

In the past, some caves of Bonaire that were inhabited by unique bat colonies, were swept away for housing projects. And not only the caves at the construction sites were affected. The caves in a wide area of the new residential areas were abandoned by the bats. As I said earlier: bats are extremely sensitive to stress en flourish only under completely peaceful circumstances.

Hopefully Bonaire doesn’t end up with innumerable fine accommodations and facilities, only embedded in bare sand. A dessert from which all life has disappeared because the two bat species with a key role in the nature of Bonaire were chased away from the island! 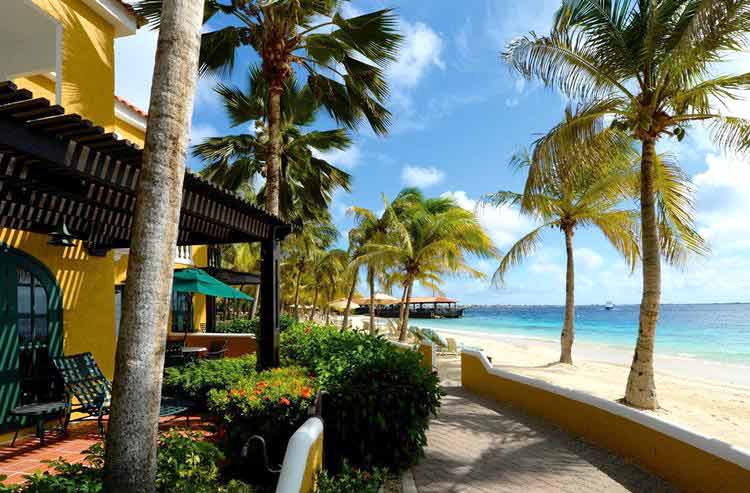